EC Healthcare signs inaugural double-tranche facility linked to sustainability, the first of its kind in the healthcare industry in Hong Kong 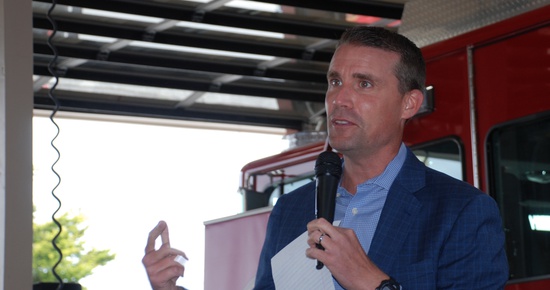 Nurses, doctors and orderlies were routinely hailed as heroes during the height of the pandemic, but these public tributes belie the fact that healthcare workers are more vulnerable to threats of workplace violence than any other profession, according to federal labor data.

People who make threats or commit other acts of violence against health-care workers would risk more jail time under a bill that was overwhelmingly passed by the state Assembly in a 78-0 vote on Thursday. The “Healthcare Heroes Violence Prevention Act” (A3199) is awaiting a vote in the Senate, then will head to Governor Phil Murphy’s office for signing.

“Healthcare workers are five times more likely to be victims of serious assault,” said Assembly Majority Leader Lou Greenwald, D-Camden), one of the bill’s main sponsors. , before the vote.

The bill creates the crime of uttering threats against a health professional or volunteer in the performance of their duties. The author who “knowingly and willfully utters a threat…with the intent to intimidate, hinder or interfere with the practice” of a medical professional is guilty of the misdemeanor of rioting, punishable by six months in prison, a fine of up to $1,000, or both, depending on the bill.

The offender can also be sentenced to an anger management course and up to 30 days of community service instead of jail, according to the bill.

“We couldn’t have gotten through the past two years without the dedication of our frontline healthcare workers. They are truly heroes in this pandemic. Sadly, these frontline healthcare heroes have reported a dramatic increase in acts of violence since 2020,” Greenwald said in a statement after the vote. “This proposal will strengthen protections for these frontline workers by strengthening penalties and awareness of workplace violence.”

Doug Placca, executive director of the health care workers’ union JNESO, said he appreciated the attention lawmakers were giving to the issue of workplace violence. But it’s only a good first step, he says.

“Where is the responsibility of employers to provide a safe environment? In all settings, the responsibility rests with the employer,” Placca said, taking a break from the picket line with striking nurses and technicians at St. Michael Medical Center in Newark.

Healthcare workers accounted for 73% of all non-fatal occupational injuries and illnesses due to violence in 2018, according to the US Bureau of Labor Statistics.

“Many advocates believe the incidences of violence are probably much higher than reported, which is alarming,” said Rep. Shavonda Sumter, D-Passaic, also a sponsor of the bill. “Healthcare professionals need to feel safe doing their jobs and feel encouraged to report abuse.”

Debbie White, president of Health Professionals and Allied Employees, a union for healthcare workers, said the bill recognizes the “seriousness that this crisis warrants.” If our hospitals and nursing homes are not safe for workers, they are also safe for our patients. »

White said she hopes the legislation will lead to more discussion about ways to prevent violence in hospitals and other health care settings. “There are ways to minimize risk,” she said.

Our journalism needs your support. Please subscribe today to NJ.com.